In April of 2017 our beloved sister in Christ, Rhynett Chatman, became ill. After several blood tests, the results warranted an immediate referral to an Oncologist/Hematologist. On May 23, 2017, her worst fears became a reality; she was diagnosed with blood cancer – Leukemia (AML). After a year and a half of receiving chemotherapy, blood transfusions, and being hospitalized numerous times, there was still no improvement. She was then referred to the UF Health Shands Cancer Hospital in Gainesville, FL, where, after more tests, she was accepted into the National Bone Marrow Transplant Program. The search for a match began! 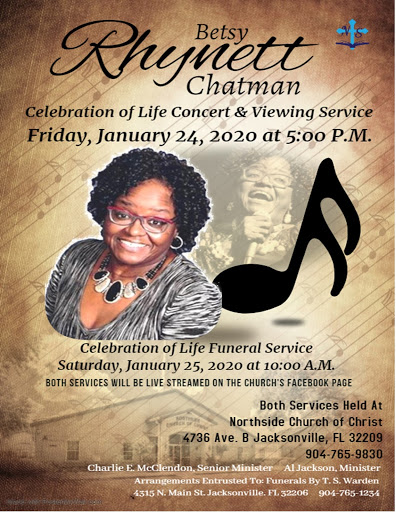 At the end of July 2019, a bone marrow donor match was found! Rhynett spent months in Gainesville, FL after undergoing a bone marrow transplant; which was performed in August 2019. The procedure itself went very well. However, the hardest part was getting her body to accept the matched bone marrow. Rhynett beat breast cancer several years ago. That was the driving force in recording and producing her well sought album, “I’m Still Holding On”. At that time, the sales from the album assisted in paying her medical bills. There was a plethora of people all over the country who prayed fervently that she would beat cancer again. She fought hard and her faith remained strong, but it was God’s will that she took her rest. On January 14, 2020, she went to sleep in the arms of the Lord. We miss her deeply but we know that she is no longer suffering. She certainly left a legacy and momentous memories that will keep us smiling for years to come. 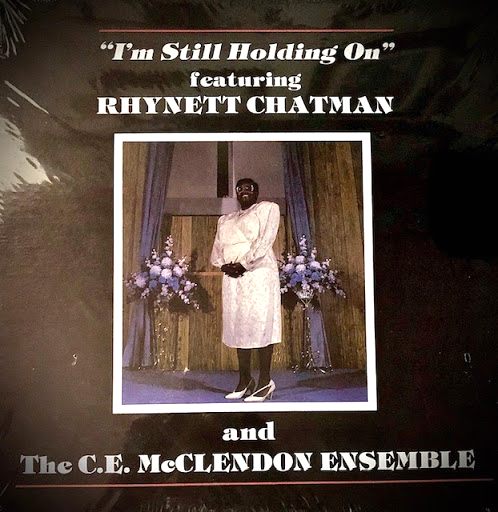 Please don't forget to click and view the exact location by clicking on the View on Map button.